We have received a lot of questions about Henry so to give you a better insight into the inner working of the gull mind we have compiled the top ten!

1. What are Henry’s most legendary moments?

Of course Henry has many, but here are the two that really stand out for me.

One hot summers day a group of people thought it was ok to barge on down and use our floating saunas to swim and take photos from without asking us. Now, this is totally ok, as of course, we want to have people here, swimming and enjoying life. However, when we are working, have paying customers onsite, and are trying to run a business, it is nice if people ask so that we can facilitate them in the best possible way. Needless to say, we found their behaviour arrogant, bullish and haughty – exactly what the area doesn’t need more of. When they left, one lady had a sandwich “safely” held in her hand. Out of nowhere, down swooped Henry Jones and with merciless accuracy snatches the sandwich from its “owner”. As the lady screamed in terror, and her group tried (in vain) to regain their dignity, I have to admit I had a big smile on my face. Cheers Henry!

Another legendary moment was when Henry realised there was a school of fish in the area. He starts scooping them out of the water and devouring them whole. He then does something a little unexpected and very interesting. He starts to shriek & squawk loudly. I am wondering what he is doing until I notice that gulls are starting to arrive from all directions. Of course! Henry is sharing with his gang and they are answering his summons to a mighty feast!

2. What is Henry’s family situation and social life like?

We noticed in the early days that there was often a small brown baby gull following Henry around, screaming for food. Henry was not interested in giving the baby gull food, but would alert it if there were feeding opportunities, and would scare off other birds to give the baby gull more of a chance to successfully feed.

After observing this relationship for some time, we decided that this must be Henry’s daughter, and subsequently named her Jane O’ Connell. What we also observed was that there was another adult gull that would occasionally come to the area, and was also always relentlessly chased
by the noisy Jane O’ Connell. Because of this gull’s sporadic and occasional visits, we decided she must have some substance abuse issues, namely alcohol, that were making it difficult for her to live a stable life. We came to the conclusion that this gull must be Henry’s ex-wife, and the mother of Jane O´Connel. We went on to call her Barbara Mc Finnigan.

Now, there are obviously other gulls that are involved in the daily drama of Fjordlife at Aker Brygge, and even two cheeky crows that must be constantly kept in check. There are swans, which are shown no mercy and helpless children whose ice creams are ruthlessly stolen on a daily basis. But these three are the true royal family of Aker Brygge and Oslo Fjord. They are protagonists in the GreenBoats saga and have now also joined the Fjord CleanUP’s wonderful story – and this is only the beginning!

3. What is Henry’s favourite food?

4. What bird species does Henry hate most?

Crows. Pigeons deemed harmless and not worthy of his attention.

5. What was Henry up to before he became the King of Aker Brygge and Tjuvholmen?

Funnily enough, we were wondering the same. One day, whilst discussing Henry’s rise to social media fame someone had the idea to look up his tag number online. Obvious right?! I mean the whole point of tagging animals is so you can keep track of them for research.

We went on to find a website for tracking colour rings on birds in Norway –www.ringmerking.no – created an account and searched for Henry’s tag number, and guess what we found?! Other people had been taking photos of Henry and recording his health, appearance and behaviour for years… Henry truly is a seagull superstar!

I would say a resounding YES to this question. But he has far from reached his true potential. Henry has been crucial and instrumental in the branding strategy for GreenBoats (electric boat tours from Aker Bryyge) and in the creation of the new Oslo Fjord Spa also located at the Aker Brygge Marina. He recently got a new role as Head of Marketing for the Fjord CleanUP initiative and is the seagull featured in the new Fjord CleanUP’s logo. There are big things on this young gull’s horizon, folks!

7. What are Henry’s super powers?

Sea Gulls are actually super epic creatures and are very highly evolved. They are masters of many environments, are highly adaptable, and see life through a clear and realistic lens – no delusions, just an acceptance of the cold hard facts of reality.

Find out more crazy stuff about this amazing species by following this link: https://www.slideshare.net/ScoticaWildlifeSolutions/the-top-10-seagull-facts-you-didnt-know-probably

There have been claims (albeit unsubstantiated) that Henry is the leader of a new and powerful underground cult that uses black magic and necromancy to further its aims. It is speculated that Henry is the reincarnation of Lucifer (the fallen angel) in seagull form, and has been put back on planet earth to fulfil the “GOAT prophesy”. Basically, he is here to restore order and balance to the universe by using compassion, empathy, and strength, thus granting freedom to all of Satan’s creations from delusional tendencies.

9. What does Henry have to do with the Fjord CleanUP?

Seagulls are not known as the most regal or glamorous of birds, at least not by us humans. But why is that? Could it be that because seagulls are also highly evolved, successful and resourceful beings, (characteristics that humans also like to attribute to themselves) that they somehow highlight that we are not the only ones? Does this create an unconscious feeling of insecurity since we want to be seen as the pinnacle of evolutionary intelligence? It is pretty silly to feel threatened by a gull but crazier things have happened, right? And I mean rats, pigeons, and cockroaches are also extremely successful species, and they also seem to get hated on by us. Which does beg the question…

For us it is quite the opposite. We are inspired by the greatness of gulls. When we were thinking of a symbol to represent the Fjord CleanUP we of course first thought about a cliche animal like a dolphin or a whale, as that is what everyone “loves”, but why?! Seagulls are actually here living in Oslo Fjord, hanging on strong while their habitat and the eco-systems they rely on are relentlessly destroyed and degraded. This is the consequence of human greed and our unquenchable thirst for the earth’s resources. We believe that seagulls embody the attributes that we are going to need to turn this circus around.

Maybe seagulls can show us, that hell, maybe you don’t need a superyacht to be happy? Maybe you don’t need three houses, two cars and to travel five times a year to feel good about yourself? Maybe all you need is to find your small corner of the earth and do the things you love with your small tribe. Maybe you will realise that you don’t need a million likes on Instagram to feel appreciated and useful. MAYBE all you need is to part of something that gives you meaning, to have the discipline to restrain yourself from entering into the rat race of materialism, and instead realise that for the most part, less is more. Namaste. 🙏

10. What is Henry’s position on the results of the latest US election?

Henry is very happy that Biden won and that we never have to witness someone like Donald Trump enter the White House again.

And that’s it! Thanks for reading guys. 🙂 I hope now you have a new respect for seagulls and that you might even want to help us on our mission to restore Oslo Fjord to its former natural glory. 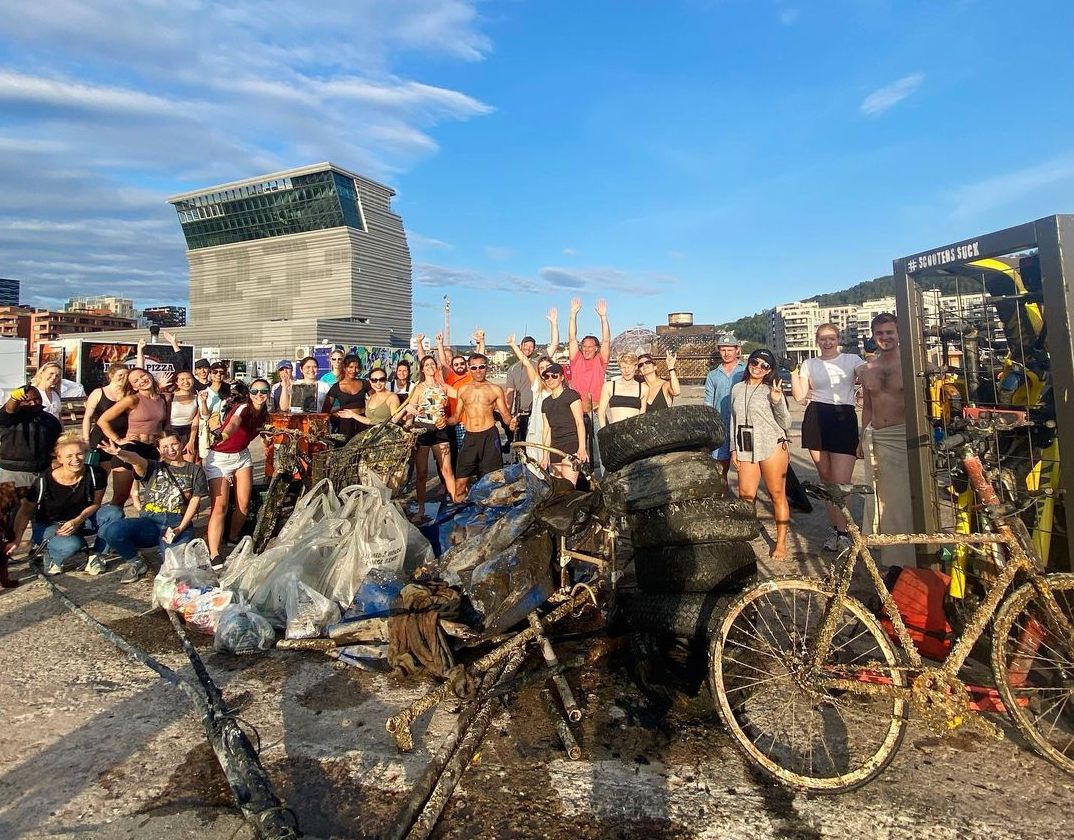 Register for a cleaning event and see for yourself what we do! Meet lots of awesome people and learn some new skills like kayaking, stand-up paddling and free diving. 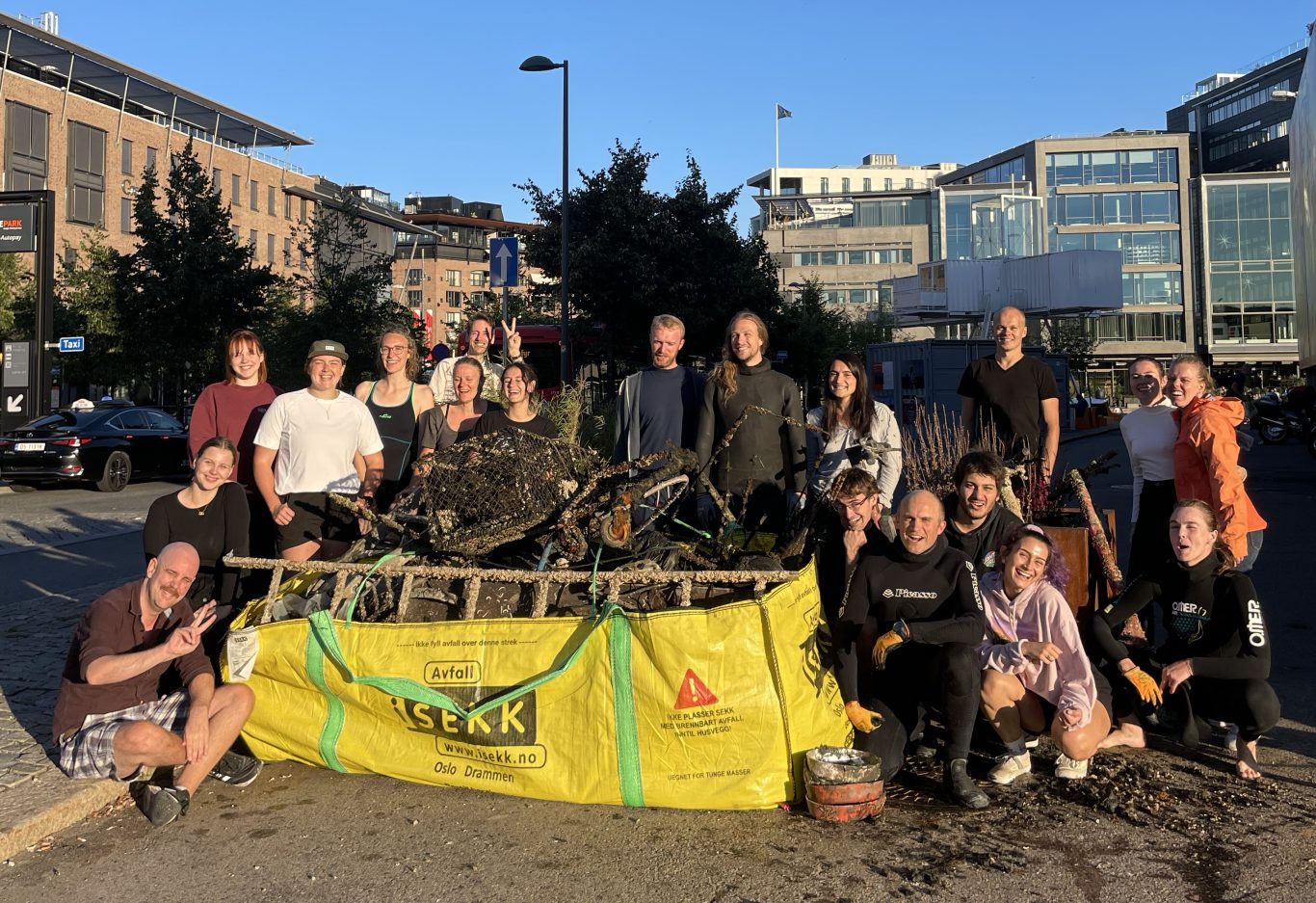 Prepare to be shocked! 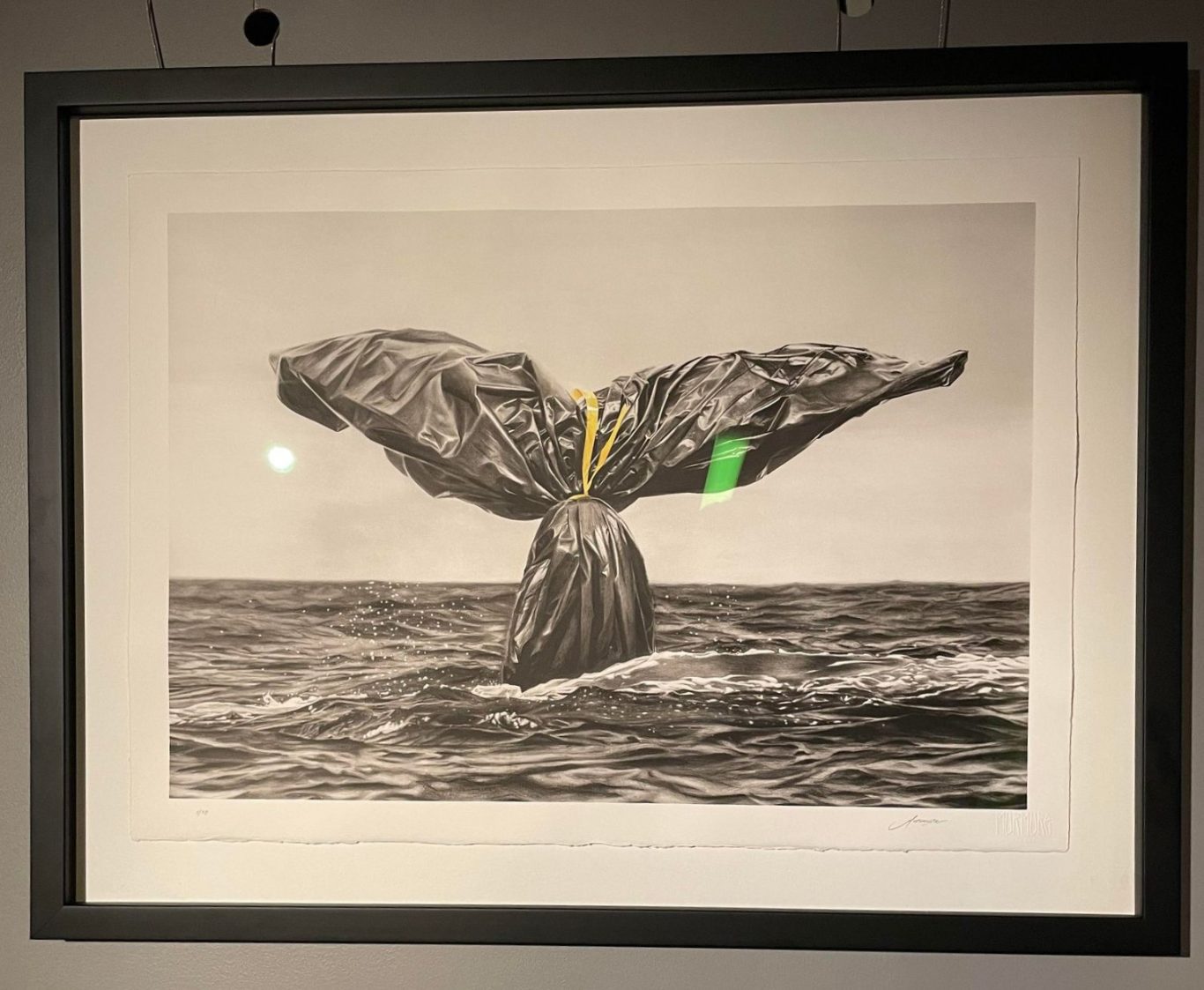 Getting creative to raise awareness and funds for our oceans. 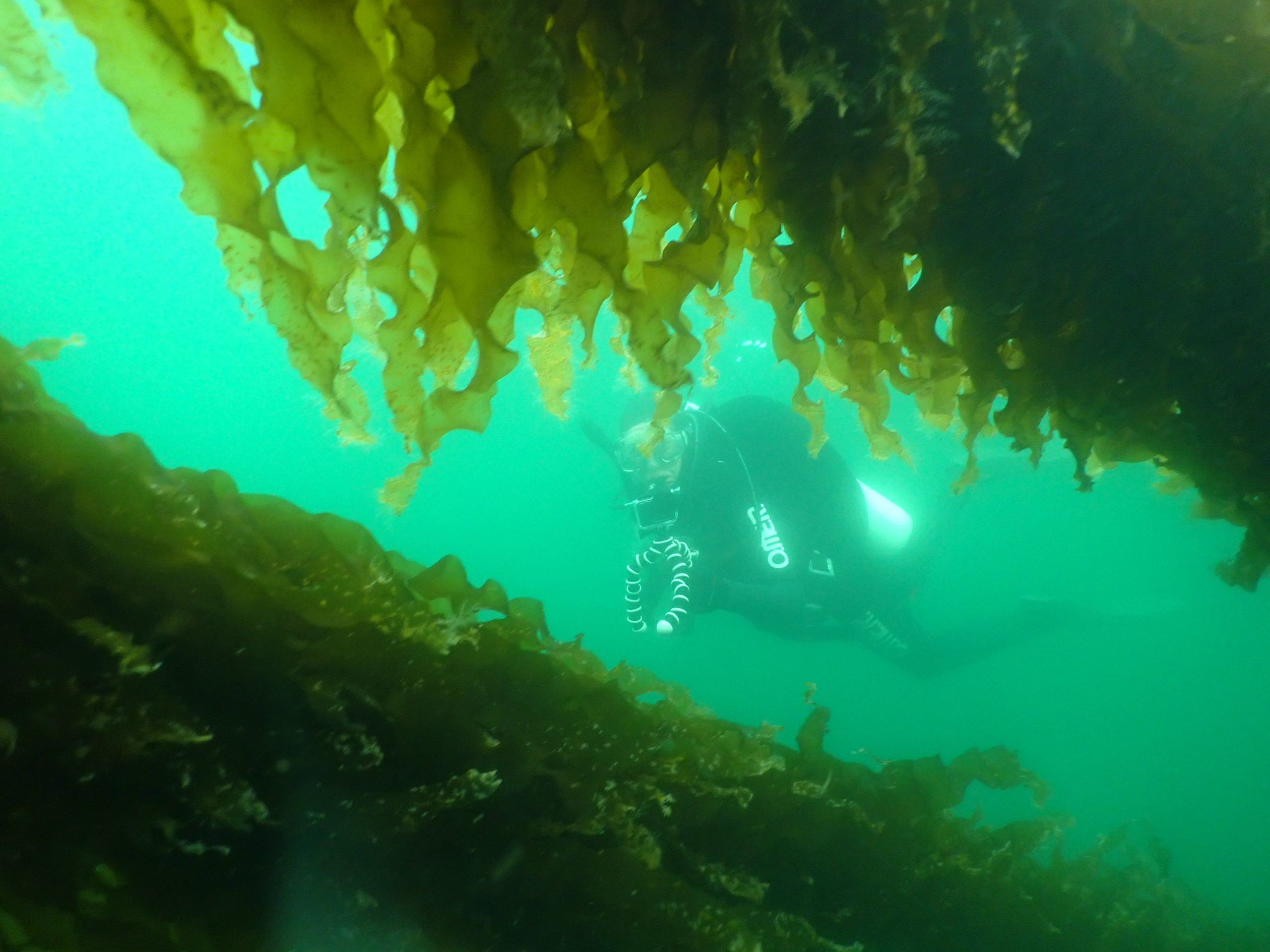